With over 2.1 million members, the Austrian Automobile, Motorcycle and Touring Club (ÖAMTC) is the largest motor club in Austria and the seventh largest in the world. The provincial association for Vienna, Lower Austria and Burgenland has constructed a new main building at the Vienna Erdberg site, which replaces the former five office locations in Vienna.

The headquarters, which were opened in March 2017, offer around 27,000 m² of gross floor area as a meeting and service centre for approximately 870 employees and members. It comprises office space with conference and training rooms, an emergency assistance control panel (call centre) as well as a technical base and a heliport for the ÖAMTC emergency rescue helicopter. The new building was constructed at “nearly passive house standard”. Component activation is used to air-condition and heat the building. The total investment costs come to around EUR 76 million. 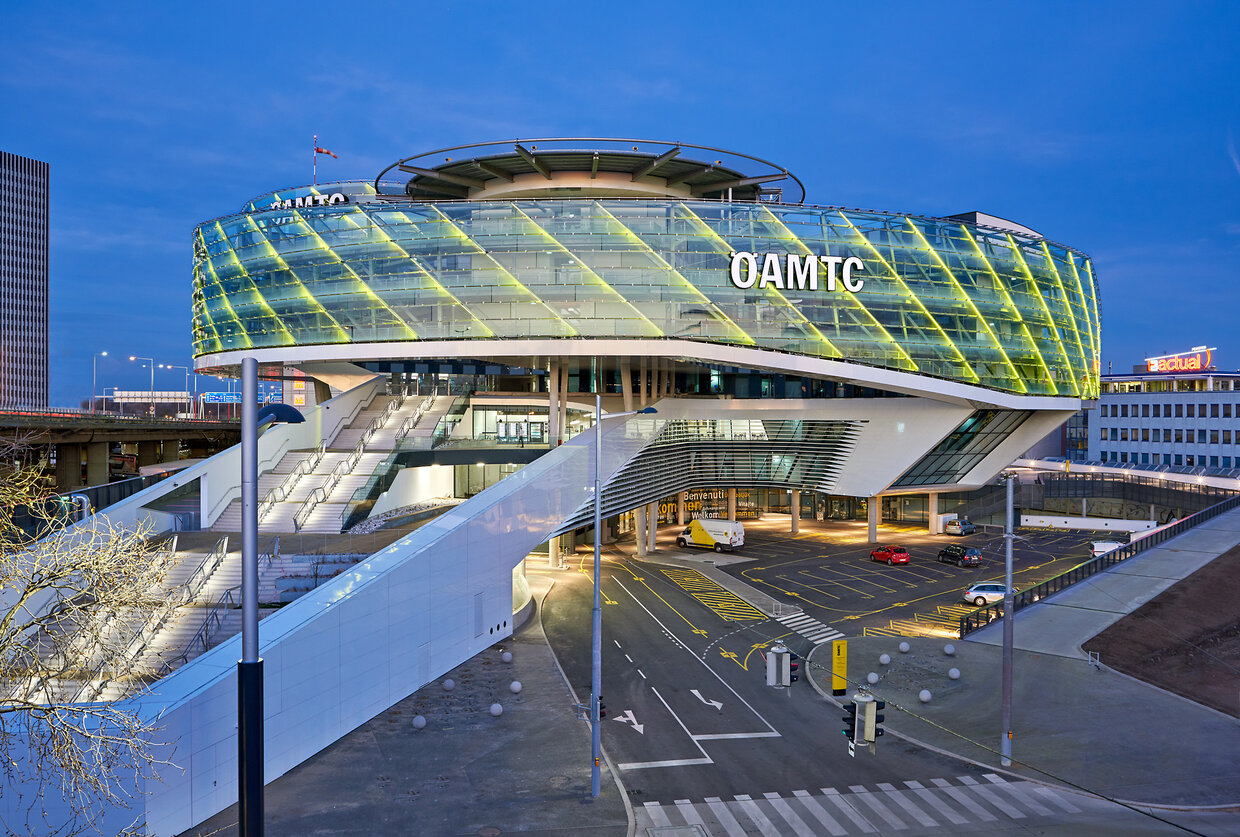 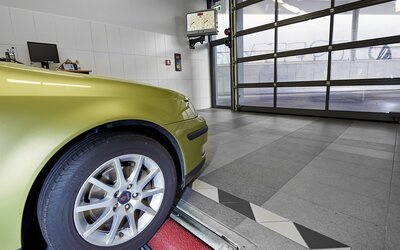 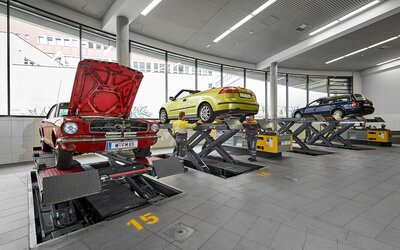 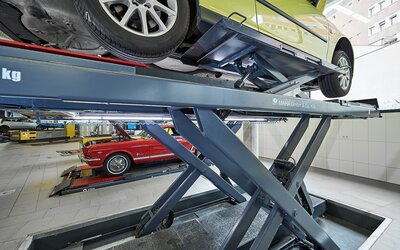 The new technical base in Erdberg uses cutting-edge testers from MAHA based in Haldenwang. The new test centre was equipped with five brake testers, twelve scissor lifts, one axle play tester and one shock absorber tester from MAHA. The lifts’ controls were integrated into the central supply stations (working stations). With its new main building, the ÖAMTC is setting new standards when it comes to architecture and equipment.